The new standard has its roots in EN 1822, and defines 13 different filter classes ranging from ISO 15 E to ISO 75 U.

There are many standards for HEPA filters. Intended to provide clarity in this maze of standards, ISO 29463 is derived from EN 1822, which defines the EPA, HEPA and ULPA filter classes commonly found in industrial use.

In 1998 EN 1822 came into effect. This was the first standard, which established a filter classification system for HEPA filters based on filtration process theory. EN 1822 also introduced the evaluation criterion MPPS (Most Penetrating Particle Size). MPPS is the particle size at which the air filter has its lowest arrestance. Not just a whim of nature, MPPS relates directly to physical mechanisms in the filtration process.

The U.S. takes a different approach for filter classification of HEPA filters. The mother of all test procedures for these filters in the U.S. is MIL-STD-282, which was introduced in 1956. Other test procedures include e.g. IEST-RP-CC001 and IEST-RP-CC007. Each test procedure specifies certain particle sizes at which efficiency is evaluated. Depending on the filter class evaluated, this is done at 0.3 µm, 0.1 - 0.2 µm or 0.2 - 0.3 µm. 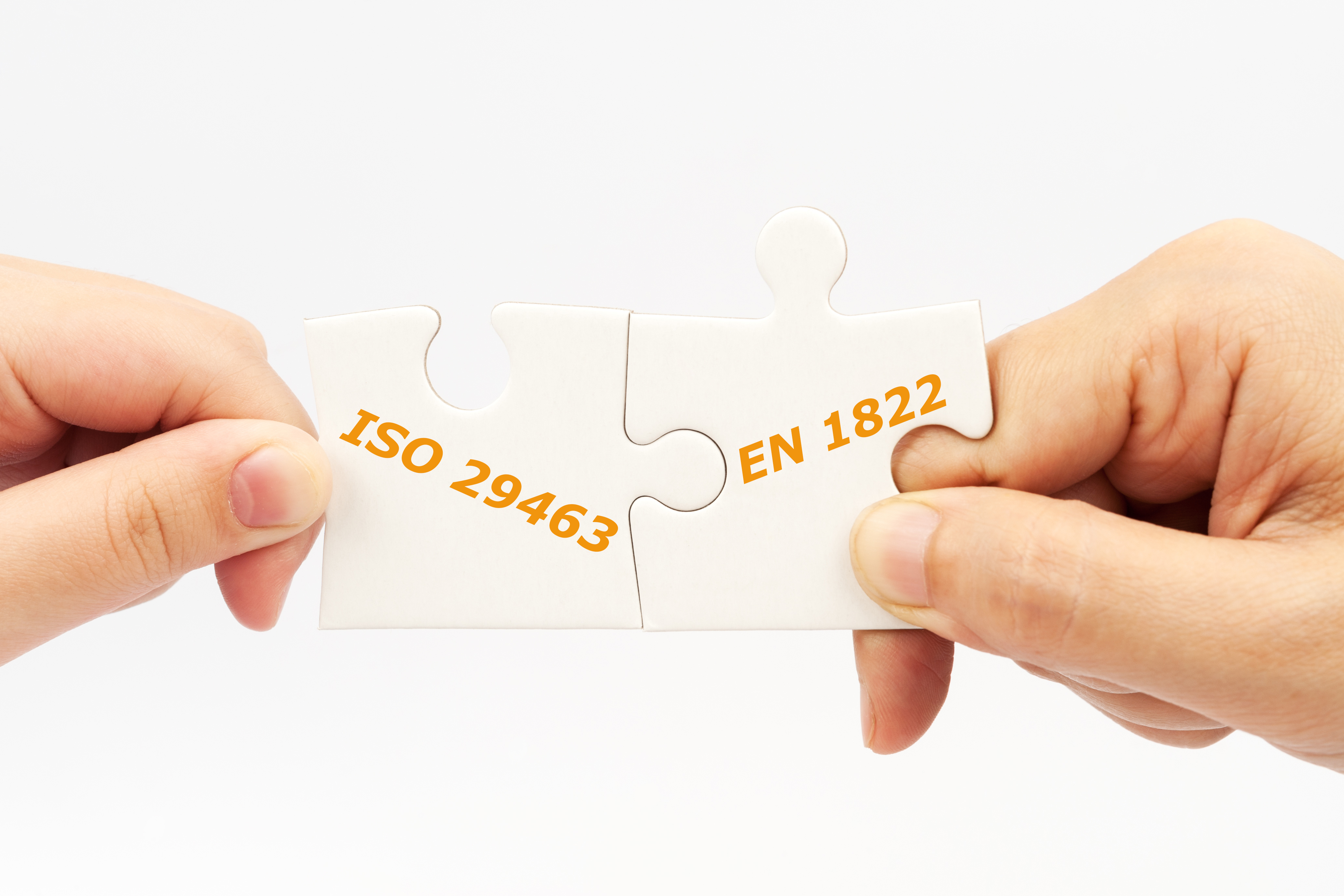 In October 2011, the International Organization for Standardization (ISO) published ISO 29463 Parts 1-5 with the goal of accelerating harmonization of various filter standards used in the United States and Europe. Up to that time, ISO 29463 had coexisted in parallel with EN 1822 and the U.S. test procedures.

At the European level, however, EN 1822-1 "Classification, performance testing, marking" will continue to exist in a revised version. The revised standard will make reference to parts 2-5 of ISO 29463. Put in simple terms, EN 1822 will have its own classification system (Part 1) for air filters but will test them according to ISO 29463 Parts 2-5. However, there will still be one difference between the leakage test methods specified in the two standards. While ISO 29463:2017 Part 1 specifies five methods, EN 1822 Part 1 has only three.

The requirements of EN 1822 Part 1 for leak testing of air particulate filters are stricter than those of ISO 29463. EN 1822 explicitly excludes the use of aerosol photometers. With regard to permissibility of PSL leak testing, the standard is not as clear. Part 1, Paragraph 7.3 states: "Possible aerosol substances include but are not limited to DEHS, PAO and PSL". This reference, apparently permitting use of PSL testing, is however of limited relevance to actual practice. Test procedures using PSL are very cost-intensive and therefore only rarely used.

As noted above, ISO 29463 maintains the EPA, HEPA und ULPA filter classes as specified in EN 1822. Evaluation in the new ISO standard is also based on particle arrestance at MPPS (Most Penetrating Particle Size). MPPS is the particle size at which an air filter shows minimum arrestance.


Here is a compararison between the filter classes defined in ISO 29463 and EN 1822: